This article discusses what taxes to be paid when you sell rental home. There are kind of gains (or loss) generated by the sale of rental home, as illustrated by the following diagram: 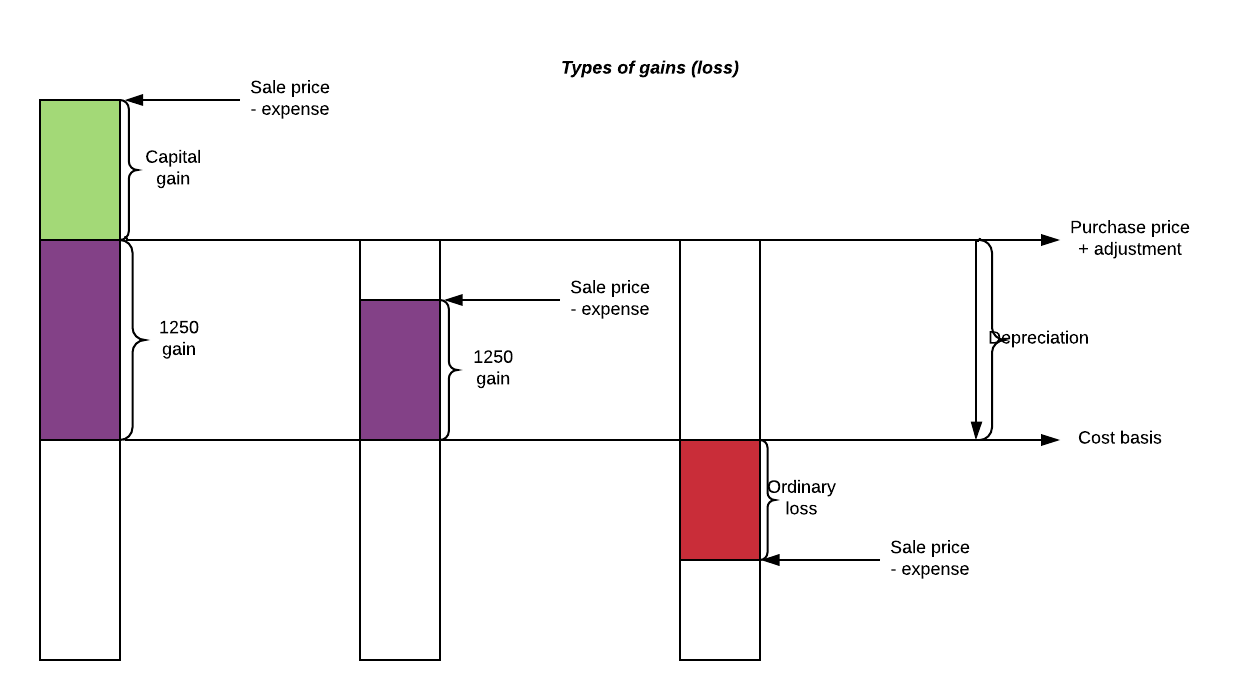 Just like “401k”, “1250” is a section of tax code which defines the property. The unrecaptured section 1250 gain is taxed differently from the ordinary income or the capital gain as illustrated by the following digram: 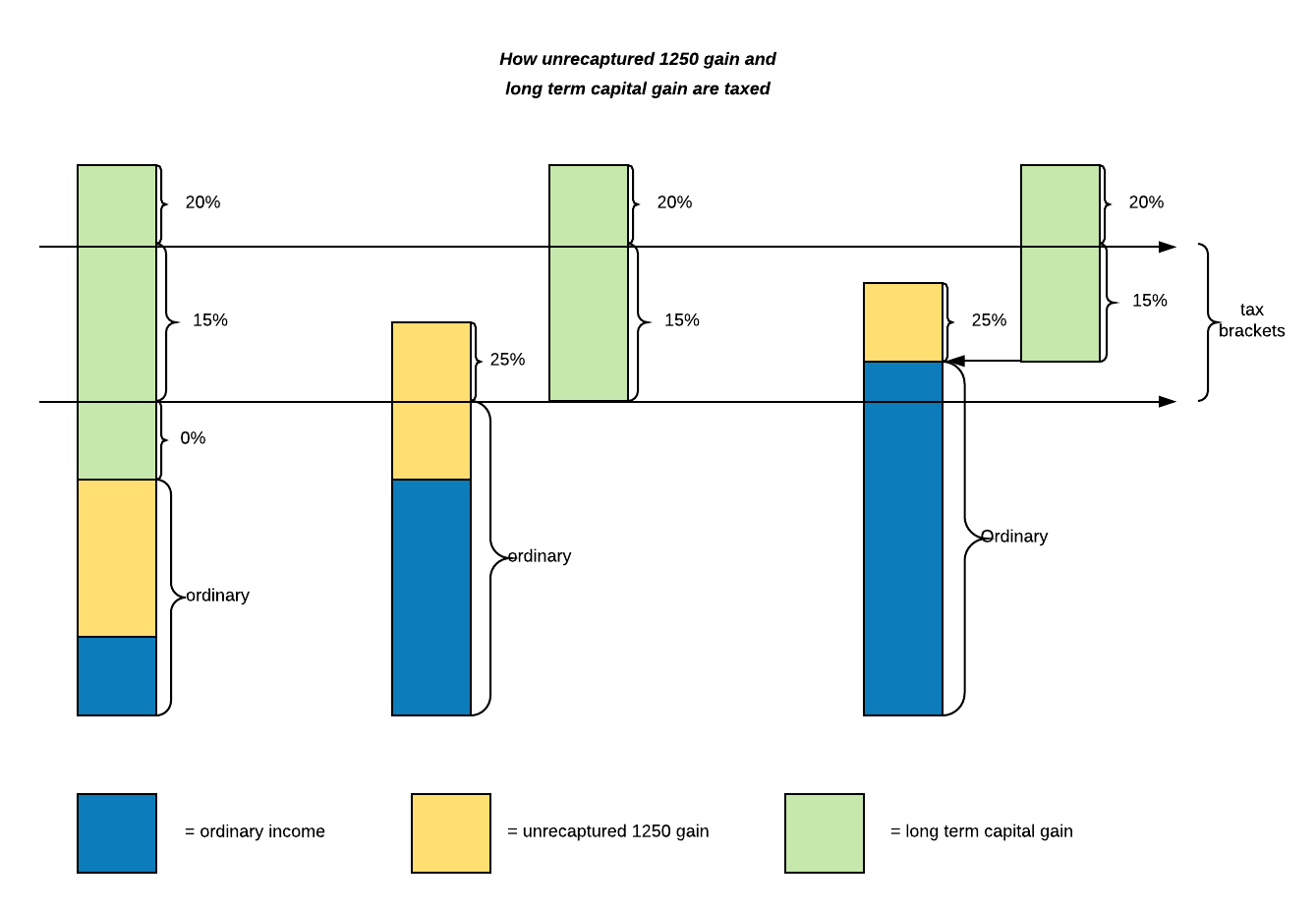 The unrecaptured section 1250 gain could be substantial depending on the number of years the rental property has been placed in business. For example, after 27.5 years, the cost of the property is fully depreciated, and the cost basis becomes 0. So even you sell the property at the purchase price or lower, you still end up with a 1250 gain. This could be a surprise to some people as they did not realize or do not want to realize that there is a realized gain. The matter of fact is that you have been reaping the benefit of depreciation for years and now it is the time to pay back.

Despite the pain caused by this unexpected gain, to depreciate or not to depreciate is not a question. First of all, the 1250 gain is computed based on allowed or allowable depreciation even you did not actually depreciate; secondly it is like a interest free loan for as long as you own the house, and you are likely to pay back only a portion of tax savings in all the past years, because you are paying upon the sale at a rate capped to 25%, unless your tax bracket has been lower in the past years.

As 1250 gain is taxed at higher rate than the capital gain as shown in the diagram, it would be beneficial to attribute part of the 1250 gain to the capital appreciation of the land, which is section 1231 property, however whether the land has been appreciated and how much it has been is a fact rather than a choice of the taxpayer.

PS: There is also a recaptured (the rest is unrecaptured) section 1250 gain due to depreciation at a rate faster than the linear rate. Since this is rare and we have omitted this from the discussion but would like to note where the term unrecaptured comes from. Also if you have lived in the rental property as a primary residence when you sell it, the capital gain can be allocated and reduced proportionally according to the time for personal use after 2009, and the time (both personal use and business use) before 2009 as the new law passed in 2009 is not retrospective.